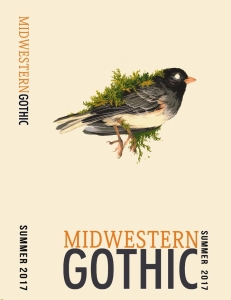 Check out this interview of me that’s new on Midwestern Gothic today! Thanks so much to Sydney Cohen for her great questions about writing novels, the geo-political landscape of race relations in the Midwest, and some other themes from Kings of Broken Things that I feel like are often overlooked, like how the female condition and the ideal of youth are addressed in the novel.

SC: What interests you specifically about the geographical-political intersection of race relations in the Midwest? How does Omaha in 1919 contradict or reinforce your personal relationship with and ideas about the city?

TW: It surprises a lot of people to learn that Omaha has a long history of race troubles, including efforts to drive out Irish and Greek populations that go back to the city’s founding, through several riots in the 1960s and continuing issues with police and lack of economic opportunity today in the traditional African-American neighborhoods on the north side. It’s no secret that Omaha has been the most dangerous city to be black over the last decade, but it’s not something to be talked about in polite company here, and Omaha doesn’t have enough national prominence to matter on a bigger scale. These pervasive, macro issues don’t get a lot of play unless a riot breaks out.

As far as personal relationship with the city and these issues, it goes back to the idea of being complicit in the system. Though I’m not a bad person, you can trust me, I do enjoy my privilege and the spoils that go along with that. A lot of my interest while writing the book—beyond learning the history itself in a deep, meaningful way—was the idea that many people who live in Omaha now have a family connection to the race riot in 1919, whether they’re aware of it or not. This suspicion has borne out in these two months since Kings of Broken Things was released, as there’s usually somebody who steps forward at the end of an event to tell me about their uncle or great-grandparent who participated in the riot in some capacity. Not that I’m walking around the city staring at people and wondering what their ancestors were up to in 1919. Well, I guess that’s kind of what I have been doing after all.