What went on in the Wheeler world the past few months, you ask…

-A few bits of feedback returned from the top handful of agents I’d submitted to, and was rejected by, sent me back into a revision cycle, one that is just now reaching completion. I feel a little nuts for going back to the drawing board after only a relative few rejections, but that’s my process and I’ll stick to it. It would be worse to sit on a good idea rather than implement it, right? Anyway, I took six weeks off to rinse my palate and clear my mind–which provided time to paint the outside of our house and stuff a storage facility full of clutter, among other chores to keep my mind busy–and then got back to it. The novel is much better for it, I believe, and slips along much more efficiently. It’s down to 103k words and 321 pages. Amazing how a little drawer time can make some appendages look less indispensable.

-During my off time a few agents requested to look at the novel, so that’s promising. I’ll have the manuscript off to them in January for consideration.

I must say too that the querying game is a lot rougher than I remember it being back in 2008, when I last had to go speed-dating for an agent. Seems like a majority of agents don’t really consider slush in a serious way anymore, and most that do read their mail don’t respond unless they’re interested. This kind of wrecks a carefully made spreadsheet. I understand why agents have taken this approach–as some receive a couple thousand queries a week! It’s logistically necessary on their part. However, this practice can only encourage bad habits among submitting writers. If a writer can’t be sure their query will be looked at, it makes more sense for them to submit to a bunch of agents at once and see what sticks. This really isn’t good for anyone, so I’m trying my best to find ways of getting noticed other than being a bad citizen. I wonder what the end game for this is, as Twitter and blogging become a better way to get the attention of an agent, and direct contact fades away.

-“The Mercy Killing of Harry Kleinhardt” is set to appear in the Winter 2013 edition of Midwestern Gothic. Read about the story here. Get a preview of the issue here.

-My review of Christopher Narozny’s Jonah Man was published on the fall edition of Kenyon Review Online. Jonathan Evison named Jonah Man one of his Favorite Books of 2012. I agree wholeheartedly. It’s a goodie.

–Travel: There was New York in October and El Salvador in November. Realizing today that this will be the first time since 2010, and only the second since 2008, that I haven’t been to Key West after Christmas. I hope the snowbirds can get along without me. Trips to Boston, Los Angeles, and Kansas City are in the works for 2013, and we’re hoping one to NYC becomes necessary as well. 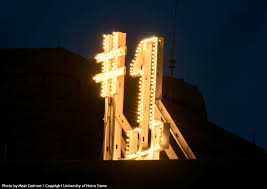 –Sporting: The last time we checked in with the sporting news, Notre Dame was 3-0 headed into a prime time match up with the hated Wolverines of Michigan. I was confident about that game–perhaps a little too confident, as my 87-2 prediction was way off–but I was a little wary of how the rest of the season would unfold for the beloved Fighting Irish of Our Lady. There were still big games with Stanford, Oklahoma, and USC down the road, and ND usually found a way to eke out a come-from-ahead loss to a lesser opponent too. A few months later, ND is sitting at 12-0, ranked #1, and looking at a NCG match up with the hated Crimson Tide of Alabama. Congrats to the team, coach Brian Kelly and star linebacker Manti Teo. I almost can’t believe how well everything has turned out this year, and hope it continues as long as possible. Go Irish!

“Fred was around the block when Jacob caught up, ducked behind a barrel. It was known that Fred lost the will to fight too easily. He was doleful and kept out of trouble. His forehead had a white twig of a scar from when he fell out a linden tree. Bullies noticed him. Jacob was the one with a temper, the restless one. Fred, three years elder, often chided Jacob to become humble, being of the mind that the less someone thought of himself, the more likely he’d find the right side of an argument. But Jacob wasn’t so sure of that. He was tall and fair-skinned and athletic. He’d always done well in school. He had things going for him, and modesty appealed less to him than it might to others.”

Tree of Smoke by Denis Johnson.

Light in August by William Faulkner.

East of Eden by John Steinbeck.

The Dark Corner by Mark Powell.