(Note: This isn’t a baseball entry.)

For the past month or so I’ve been toying with point-of-view in my novel, first going from a close third-person to first-person narrated by Jacob Bressler, my lead character. I’m not really sure what my goal for doing this was. Something just didn’t sound right with the “voice” telling the story and I wanted to try something different. Some of the feedback I’ve received from potential agents spoke to Hyphenates being a book focused on history and setting, rather than story and character, and I’m trying to break that hold. So I figured that Jacob could tell his story more succinctly, since it’s all he would care about. He wouldn’t obsess over Omaha history or factoids of the era as much as I do, certainly, and sometimes it’s easier to slip those lovelies in while in third-person. I needed a more discerning eye. It’s like how you don’t realize how embarrassing something is until you say it out loud to another person, or post it in online. But once you open your mouth, you can see things so much more clearly and objectively.

The experiment didn’t really work. Conventional wisdom says that novels shouldn’t be written exclusively, or even largely, in first-person, and I think that’s probably good advice. Around page fifty of the rework, it got pretty annoying to keep seeing and hearing that “I” all over the place. To be unable to break out of Jacob’s voice even for a minute is a problem, especially since 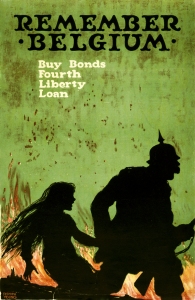 he’s the focus of the book. But, even though I’m now in the process of reworking it back into third-person, I do think the exercise was worthwhile. It helped me see cuts and edits, and gaps where new work is needed, that weren’t apparent before. While it seemed acceptable to have a third-person narrator go into a page-and-a-half diatribe on the condition of organized labor in Omaha in 1917, having Jacob do the same was absolutely ridiculous. There were more than a few instances of this, where the scholarly, professorial voice would dominant for longish periods—and they all needed to be cut. The writing is much cleaner now, more focused and edgy in a way similar to my contemporary-set fiction.

I’d only made it through about a quarter of what I have drafted in the transition to first-person rework, but it may be worthwhile to push through the rest of it, even though I know that I’ll want it in third-person eventually. (I’ll probably want this.) I have used this technique in spots for the last year or so anyway, in fact, trying to tie the narration as closely to Jacob’s experience as I could. So much of the writing, especially in Part II, has already been rewritten, for my own benefit, in Jacob’s first-person. There’s just so much good that comes from writing around things like this. I imagine it’s similar to filmmakers shooting a scene from ten different angles, hoping to get one that looks and sounds and feels right. The dispatch below is a part I wrote new while in Jacob’s first-person, and it’s something I don’t think the third-person narrator could have come to. So there’s that.

“The bank was open when I left the saloon, it was two o’clock, but I still didn’t go there and ask for a job. The weather was nice. Again I walked downtown, but it was boring this time. No women brushed against me. My clothes disgusted them, my face was filthy. I waited out the day and then returned to the Courthouse lawn in the evening to sleep. It was warm and I’d been safe there the night before. I knew at what time to cops would come to roust me, and would make it a point to leave before they came out with their cudgels. It seemed simple. But I was arrested anyway, after midnight, for vagrancy, and put in the overnight with the drunks and other indigents. I wasn’t disappointed to be arrested, however, after I was released. At least there was black coffee this way, and in the morning a bowl of white beans with a couple pieces of fat. Otherwise I wouldn’t have eaten that morning. The whole night I wished that I’d gone to the bank that day, however. There was plenty of time for regrets in the overnight, because the drunks couldn’t keep quiet. I thought of everyone I might have wronged in my life up to this point. Any pocket of guilt that had been waxed over was reopened. I thought of you that night, Evie, and why it was you had to leave Jackson those many years before. I thought you took off on your own. It never occurred to me that they’d run you and your mother off. Not until they ran me off too.”

Southern Humanities Review and Hayden’s Ferry for “Attend the Way”; Electric Literature for “On a Train from the Place Called Valentine”; and West Branch for “The First Night of My Down-and-Out Sex Life.”

One of Ours by Willa Cather. A really great, Pulitzer Prize-winning novel set mostly in Central Nebraska and Lincoln, in the late 1910s. I was lucky to pick this up at the National World War I Museum in Kansas City this fall and it’s become a fantastic resource for me. The focus of the book is even a family named Wheeler! (I’ve gone over this before, I know. Indulge me.) The final third of the book, when Claude goes over to fight in the war, is pretty sentimental and Cather panders more than a little bit to jingoistic reactionism in these parts. But overall I really enjoyed the book. Cather has never disappointed. Plus, as an added bonus, there are a bunch of good old-timey ideas for home gardens in Nebraska, for all you green-thumbs out there. We’re going to try growing gourd vines up our pergola trellis this summer, and we have Cather to thank for that.

The Best American Comics 2010, edited by Neil Gaiman, Jessica Abel and Matt Madden. My favorites include “The Lagoon (Hiding in the Water)” by Lilli Carré, “The Alcoholic” by Jonathan Ames and Dean Haspiel, “Asterios Polyp” by David Mazzucchelli, “The War on Fornication” by Peter Bagge, “The Flood” by Josh Neufeld, and “Fiction versus Nonfiction” by Chris Ware. Ware also had a lengthy section of his ongoing series “Acme Novelty Library” reprinted, which I had seen some of before. In 2007 he gave a standing-room-only lecture at the Sheldon in Lincoln that Nicole and I attended, and a comics pamphlet featuring some of the comic reprinted here was given out as an example of his work. It was pretty cool to get the work then and is outstanding to see the longer version reprinted in a Best American. To make it even better, the comic is set in 1950s Omaha and uses the old Omaha World-Herald building (where Nicole worked when as first moved here) as a backdrop. There have been quite a few notable artists who have come out of Omaha in the last decade, but none of them have really attained giant-status in their field like Chris Ware has. It’s something that should really get more local recognition than it does.

Greetings from Below by David Philip Mullins.