I’m excited to share that, this week, my fiction was again chosen to appear in a future edition of Boulevard! Amazingly, this will be my fourth story in Boulevard, which has really become a great home to my work these past few years. (The breakdown of each story is below if you’re interested.)

It used to be a common thing for a young man to light off secretly in the night, searching for a life different from the one he toiled through at home. Jacob Bressler became an exile in this way. He left under starlight and led his horse over the brawny shoals of what would be his brother’s farm from then on. He didn’t bother with a saddle but merely slid a bridle over the nag’s muzzle and walked into the buggy paths of the river valley. In the dark he found the graveled highway that led to Omaha. There was no need to rush. His brother wouldn’t follow him.

What’s most pleasing about this pub is that “River Ward, 1917” is excerpted from my novel, The Uninitiated, and marks the first time any of this writing will see print. It’s a landmark, of sorts, for me. Four years have past since I began work on the novel. From it’s early shape as The Open City to the early days of The Hyphenates of Jackson County to its current form as The Uninitiated, it has taken a lot of work to get here.

So it’s exciting to get some of the book out there. To have the piece run in Boulevard means even more. Boulevard was my first major publication, running “Welcome Home” in the spring 2008, really launching an encouraging string of success with the short form that saw the story reprinted in Best New American Voices and recognized in a Pushcart Prize anthology. I can only hope that “River Ward, 1917” appearing in Boulevard in the fall of 2013 holds similar portent for my long form work. Regardless, cheers! This one feels good.

Special thanks goes out to Amber Mulholland, Travis Theiszen, Country Club Bill, Mary Helen Stefaniak and any others who helped this particular section through its early phases. And to the Lee Martin workshop at last June’s Nebraska Summer Writers Conference, who gave significant feedback and support in its latest phase. And to Richard Burgin and the editors at Boulevard too, of course. Thanks! 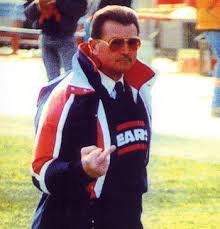 It was on August 29 of last year that I finished a full first draft of my novel, then called The Hyphenates of Jackson County. At the time, I anticipated taking another 6-8 months to go through edits and arrive at a refined, fully-edited version of the novel. Maybe declaring Mission Accomplished! was a bit premature, as edits have taken nearly a full year instead, complete with a change in title to The Uninitiated. Overall, the process, starting at my beginning research, took three and half years to arrive at this point. Still, done is done. I finished putting in the final changes on Tuesday this week, and started the process of finding a new agent for the book this afternoon, querying my top four choices.

I ended up doing two more revisions after I felt the book was done, trying to put it under as much pressure as possible before sending it out, which will hopefully pay off. My dedicated panel of readers and conversants–Amber, Bill, Devin, Jenn, Marta, Nicole, and Shannon, em for moral support, the Lee Martin workshop at the Nebraska Summer Writers Conference, various others who happened to inquire after the status of the book–offered some great feedback. Thanks be to them!

Wish me luck and strength.

I was lucky to spend a week in workshop with Lee Martin earlier this month down in Lincoln at the Nebraska Summer Writers Conference. The workshop was great. It was a lot of fun and helped crystallize the main issue of what’s lacking in the first twenty pages of my novel. I’m excited to get to work on resolving that issue now and getting the manuscript out to agents by the end of the summer. I couldn’t have asked for more, really. The group I worked with was very giving; Martin is a skilled workshop leader. I won’t get into the details too much here–although a dispatch of my experience was published last week on the Prairie Schooner blog if you’re interested. Read Lee’s recap on his blog too while you’re at it.

A very nice experience it was. If you have the chance to attend the NWSC in the future, or work with Lee Martin, don’t pass it up. Many thanks to conference director Timothy Schaffert and his ace lieutenant, Sarah Chavez, for having me down there. It was worth the drive every morning, and then some.