We talk about our favorite Nebraska novels, how we tell stories about ourselves, the differences between writing contemporary and historical fiction, how to make space for (and why to remember) oral storytelling. So much good stuff! This is going to be a very interesting series. Thanks, Pat, for including me in the series, and for all you do!

You can listen at the link above, or download the file if you want the podcast version.

Check out this new interview of me in conversation with Ryan Borchers that’s up on The Rumpus. Thanks so much to both Ryan and the editors for making this happen. The Rumpus has been kind enough to publish reviews of my two previous books (here and here). That kind of support means so much.

This was an interesting one to revisit, as our conversation took place last January, then we edited the interview over February and March. I was really interested to see if my thinking was noticeably different here in a pre-pandemic way. Nothing stands out too much, really. But it’s worth thinking about how the notion of cyber-security and privacy from the government has evolved considerably over the last year. In the rush to find ways to keep people safe and get the economies rolling, we’re also in the process of giving up even more of our privacy than before. In that way, among many, we’re transitioning to a post-9/11 zeitgeist to a pandemic zeitgeist. It will be worth watching how the issues of privacy rights evolve as we one day move into a post-pandemic world. As I’m fond of saying, the government isn’t in the habit of giving back powers that it assumes in emergencies.

The interview itself has plenty of gems about the craft of writing novels and what it means to be an Omaha author. Please give it a glance.

Rumpus: That’s what’s so interesting to me; the book makes the reader rethink their relationship to the characters in any novel. You think you’re reading about somebody’s life, and you feel like you’re getting into that person’s skin, but this novel almost makes me stop and think, Well, how close does a reader get to any fictional, made-up character? Does that make sense?

Wheeler: I think so. There are moments in any novel—and any person in real life, too, you know—when you’re not the same person you were three years ago and the person you’re going to be in three years is different from the person you are now. Thinking about that in terms of character, it comes off false when we make our characters too consistent, instead of just letting them go through their trials. And doing that from the point of view of surveillance, where you have these transcripts of what people said in emails and phone calls, then letting them be unreliable within that, too, letting them change or contradict what the record suggests, that was exciting for me. The narration is meant to be very self-aware and playful in how it plays out on the page. And maybe the perspective helps us feel more human in a way, because even with a catalogue of all existence, there are still mysteries, exceptions, things we can only feel and not know. For a novel that’s suspicious of religion and fanaticism, this nod to the unknowable was important to do.

Among one of my events that I was most looking forward to this summer that ended up being scuttled was the John H. Ames Reading Series in the Heritage Room of the Lincoln City Libraries. I went to a couple of these when I was a college student in Lincoln and was honored to find a place among the history of Nebraska authors who have read in the series. Then Covid complicated things. Instead of pushing it back indefinitely, we decided to record the interview and reading in person, without an audience.

The program will run on the City of Lincoln’s cable channel over the next couple weeks, or can be seen now on YouTube. (Fyi, the Heritage Room website has an archive of almost all the readings in the series back to 2004.)

Thanks so much to curator Diane Wilson for setting this up and finding a way to make things work. 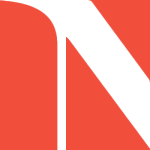 It has been a while since I’ve published an honest-to-God real short story (as opposed to an excerpt from my novel) so it’s feels great to get back in the saddle and share that my story “Little Me” is now up as the Story of the Week on Narrative Magazine!

“Little Me” was a finalist for the Narrative’s 2017 Fall Writing Contest and I’m very pleased that they wanted to publish the story.  After a few near misses as finalist for the Disquiet Literary Prize and the Summer Literary Seminar’s Fiction Contest, it’s great to have the story out in the world.

Read online here. (You will need to create a free account to read the whole story, fyi.) In the meantime, here’s a taste:

YOU SHOULD KNOW that I didn’t own the house on Brentwood. I was only staying there, like a house sitter. So when Teddy rang the bell and stepped inside the foyer, I hesitated, I didn’t tell him to get lost like I wanted to. He was just as much inside the house as I was, if that makes sense—uninvited, without a word of welcome. All existence was tentative those days, the month I lived on Brentwood, so what else could I do but let him in.

Teddy was eleven years old. He was stocky, chubby, his cheeks so fat his eyes closed when he smiled and barely slit open even when he wasn’t smiling. His hair had been buzzed some time before and sprouted in mutinous blond wings off the sides of his head, like he’d slept on it and hadn’t showered. We sized each other up in the foyer. He in jean shorts and a too-tight T-shirt; me cinching the sash of a monogrammed silk robe I’d found upstairs, a robe I wore most all night and day over my own shorts and T-shirt. Teddy must have been a familiar sight to the people who owned the house. The Sinclairs were family friends, and that month they were touring Tuscany. They’d mentioned their travel plans during a party my parents had hosted a few weeks prior. I let myself in through an unlocked patio door when they were gone because I needed a place to stay.

You see how it was. I had no standing to refuse entry to Teddy.

He was probably a neighbor kid anyway, or a nephew dropping by to get the mail, so I should be nice. Then again, maybe neither of us belonged there. We were both a little strange.

Teddy nodded, smiled politely, then gazed into the house, inhaling in heavy, rapid breaths through his pug nose, like he’d run up the hill to the door. He went up the stairs to the living room, and I let him. I shrank away so our arms didn’t bump. I didn’t want to be near Teddy, not when he snooped around the living room, the dining room, not when he went to the kitchen, got a Pepsi, and downed the whole can in frantic gulps that were interrupted only when the fridge door swung into his back.

“How about we call you Little Ted and we call me Big Ted? How about that?”

I could tell he was against the idea. He smiled, a grimace-smile. He wouldn’t look me in the eye. “Then what do you suggest?”

“My name is Teddy,” he said, still not looking at me. He was so quiet I could barely hear him. “We can call you Hans.”

He called me that from then on.

The Lincoln Journal-Star has quite a lot of coverage on my new novel Kings of Broken Things on the front of its (402) lifestyle section this Sunday, with a book review and an interview. Be sure to pick up a copy of the paper if you’re in the Lincoln area and check out for yourself the two photos of my giant head. (May not be to scale.)

Thanks so much to features editor Jeff Korbelik for interviewing me, and Andrew Willis for his well-considered review. I especially like how the review mentions that Kings of Broken Things briefly features a Nebraska-Notre Dame football game from 1918, when Knute Rockne brought his Irishmen to Lincoln for a Thanksgiving Day game and my character Jake Strauss was in the crowd.

Be sure to check out the interview and I’ll post a link to the review if it goes online. In the meantime, here’s a little taste:

Theodore Wheeler’s nearly 10-year journey ends Tuesday when publisher Little A releases the Omaha author’s first novel, “Kings of Broken Things.” Wheeler, 35, admitted he’s anxious, having spent seven to eight years writing the book and another year and half to two years working through the publishing process. “I have a 9-year-old daughter, so when I started working on it she was still a baby and now she’s going to fourth grade,” Wheeler said in a phone interview to discuss the novel’s release. “It kind of puts it in a little more perspective.”

Big congrats today to Timothy Schaffert on the release of his latest novel, The Swan Gondola! The book has received quite a strong reception from critics. Publishers Weekly said “it’s easy to imagine this charming novel attaining Water for Elephants–like popularity with readers,” which is quite an endorsement.

The Omaha World-Herald has more on the book here and here, along with information on various local events this weekend to celebrate its publication.

It’s nice to see a Nebraska writer realize such success–particularly with a historical novel set in Omaha. It’s especially fitting for Timothy, as he does quite a lot to advocate for Nebraska authors–through his (downtown) Omaha Lit Fest, as interim editor of Prairie Schooner, and in thousands of smaller ways. All this couldn’t be happening for a better guy.

Here’s a description of The Swan Gondola:

On the eve of the 1898 Omaha World’s Fair, Ferret Skerritt, ventriloquist by trade, con man by birth, isn’t quite sure how it will change him or his city. Omaha still has the marks of a filthy Wild West town, even as it attempts to achieve the grandeur and respectability of nearby Chicago. But when he crosses paths with the beautiful and enigmatic Cecily, his whole purpose shifts and the fair becomes the backdrop to their love affair.

One of a traveling troupe of actors that has descended on the city, Cecily works in the Midway’s Chamber of Horrors, where she loses her head hourly on a guillotine playing Marie Antoinette. And after closing, she rushes off, clinging protectively to a mysterious carpetbag, never giving Ferret a second glance. But a moonlit ride on the swan gondola, a boat on the lagoon of the New White City, changes everything, and the fair’s magic begins to take its effect.