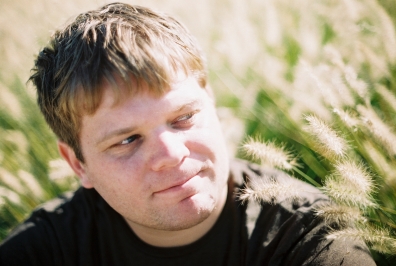 A fiction writer from Omaha, Nebraska, I report a civil law and politics beat, teach creative writing at the University of Nebraska at Omaha, co-direct Omaha Lit Fest, and help run Dundee Book Company, one of the world’s smallest bookstores.

My books include Bad Faith, a short story collection, my debut novel Kings of Broken Things, and my forthcoming second novel, In Our Other Lives, that will be published by Little A on March 3, 2020.

My short stories have appeared in Best New American Voices, New Stories from the Midwest, Boulevard (as the winner of their Short Fiction Prize for Emerging Writers), The Kenyon Review, The Southern Review, Narrative, The Cincinnati Review, Confrontation, and Five Chapters, among others. In February 2015, my chapbook On the River, Down Where They Found Willy Brown was published by Edition Solitude.

A 2020 National Endowment for the Arts creative writing fellow, I’ve been awarded scholarships from Wesleyan Writers Conference, Key West Literary Seminar (thrice, including as winner of the Marianne Russo Award), Disquiet International Literary Program, Port Townsend Writers Conference, and earned an MFA in Creative Writing as a fellow at Creighton University. In the summer of 2014, I was a fellow at Akademie Schloss Solitude in Stuttgart, Germany, where I lived on the grounds of a 248 year-old Baroque palace. An avid traveler, I’ve recently been to Portugal, Spain, Japan, Thailand, India, Italy, France, Austria, El Salvador, Israel, and Jordan, in addition to my time in Germany.

For event queries, book clubs, and other reasonable requests, email me at tlwheeler@unomaha.edu.